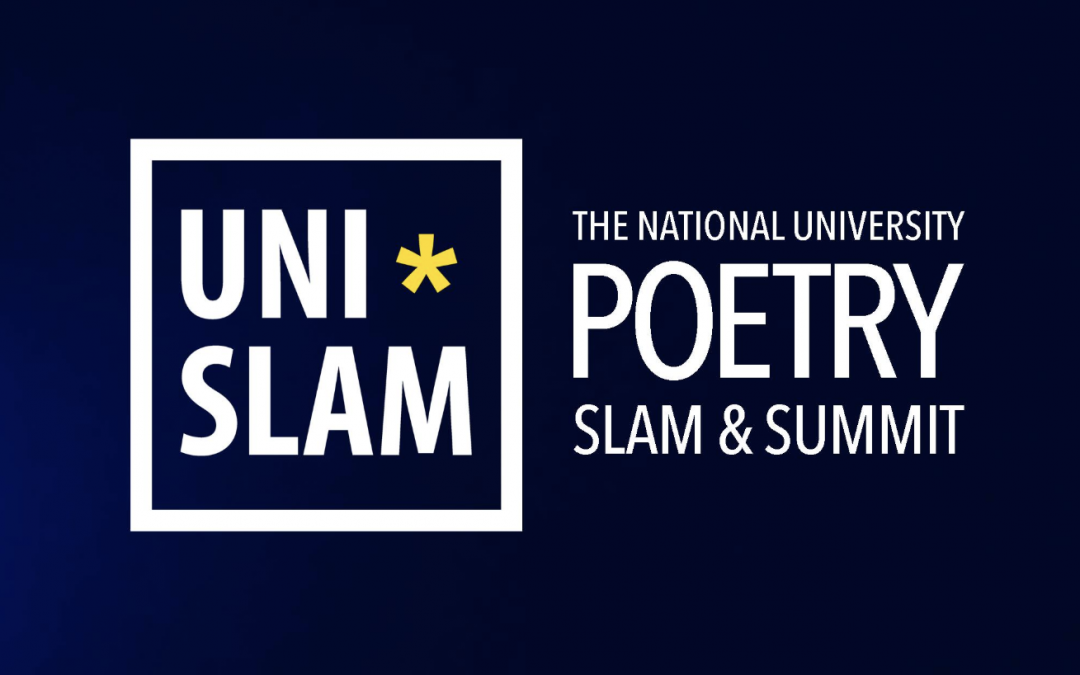 UniSlam founder and Verve poet Toby Campion wrote a guest blog about UniSlam, its relationship with Birmingham and what you can look forward to at Verve Poetry Festival.

UniSlam is the UK National University Poetry Slam & Summit, bringing together teams of university poets from across the UK and Ireland for an annual festival of workshops, talks, masterclasses and the national slam tournament. As well as the UniSlam festival, throughout the year we run workshop programmes for different groups – mid-career poets, emerging artists, early writers and young people across the Midlands facing barriers in accessing ‘the arts’ and literature. We use poetry as a tool to engage, inspire and empower.

This year, we brought the UniSlam festival back to Birmingham where it was founded in 2013 and for the second year running, the University of Birmingham team scored highest and brought the UniSlam Champions title home! The team not only won a place at the Hammer & Tongue National Team Finals 2020 at the Royal Albert Hall, a stack of books from the Forward Foundation and a shiny trophy, they also won a performance slot at the UniSlam Presents showcase at Verve on Saturday night from 8 – 10 PM. 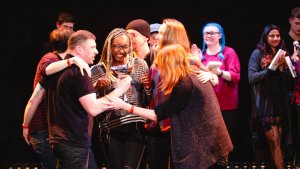 The showcase is a chance to celebrate the talent that has emerged through the UniSlam programme over the past 6 years, with some of our notable alumni – Ife Grillo and Ellen Renton – performing alongside poetry legends and former UniSlam judges Debris Stevenson, Maria Ferguson, Roger Robinson and – I’m excited to announce – Dizraeli! We are really excited to be working with Verve this year and to be creating this platform at a festival that is so dynamic, diverse and important. You can see this year’s winning UniSlam team perform Saturday night 8pm – 10pm, as well as the winner of this year’s Verve Poetry Festival & UniSlam Individual prize, Prerana Kumar. 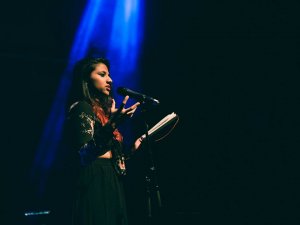 Prerana Kumar, winner of the Poet of the Slam prize

Prerana, who was also commended in our Verve Community poetry competition this year, said this about her UniSlam experience:

“UniSlam 2019 was a phenomenal experience! It is a great platform to nurture and showcase upcoming spoken word talent. My team had a fantastic time performing poetry and we found a supportive, enthusiastic network of poets who we bonded with. I am so thrilled that Verve chose me as their Poet of the Slam! I am excited to perform at a festival dedicated to providing a platform for experimental poetry and can’t wait to share the stage with some great artists.”

Buy your tickets to the UniSlam showcase at Verve 2019