Language is a Queer Thing

Have you been missing VERVE Poetry Festival? We certainly have, which is why we’ve teamed up with BBC Contains Strong Language to put together ANOTHER amazing festival for 2022. We did miss 2021, so it’s only fair.

From September 8th-11th at our now usual home of the Hippodrome, there will be workshops, performances and readings for you to enjoy, with poets from all over the Commonwealth reading alongside local legends.

It’s such a packed programme that we thought we’d take a minute to run through our highlights: Poets, projects and our ever-distinctive VERVE stamp…

Looking to fill your bookshelves? On the 11th we’ll be bringing a one-of-a-kind bookfair to the Hippodrome, with all of your UK indie press favourites and more. We’ll be stocking books from across the Commonwealth, including books which won’t be available ANYWHERE ELSE! You won’t want to miss it. 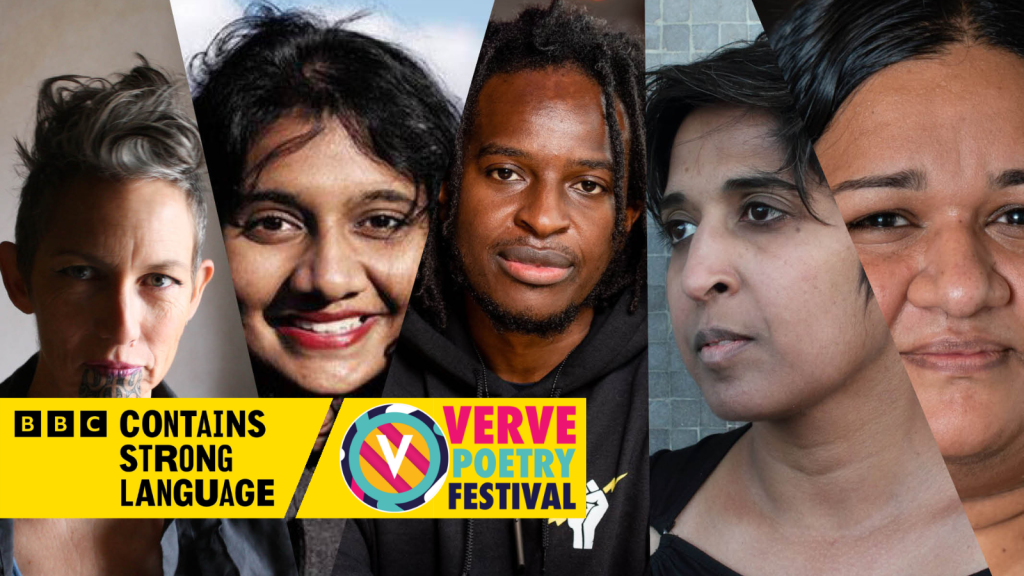 Presented by Birmingham 2022 Festival, The Across Borders project brings together 18 different poets from across the Commonwealth. After sharing poetry postcards with each other, they have produced a captivating collection of work which they will be showcasing on Friday 9th September.

What can we learn from each other? What can we share? This anthology and its launch event look to answer these questions in what promises to be a learning experience for all involved. There will even be a second event in the amazing PoliNations Forest in which six of our talented project poets will share their favourite poems from the anthology along with some stories and words of wisdom. 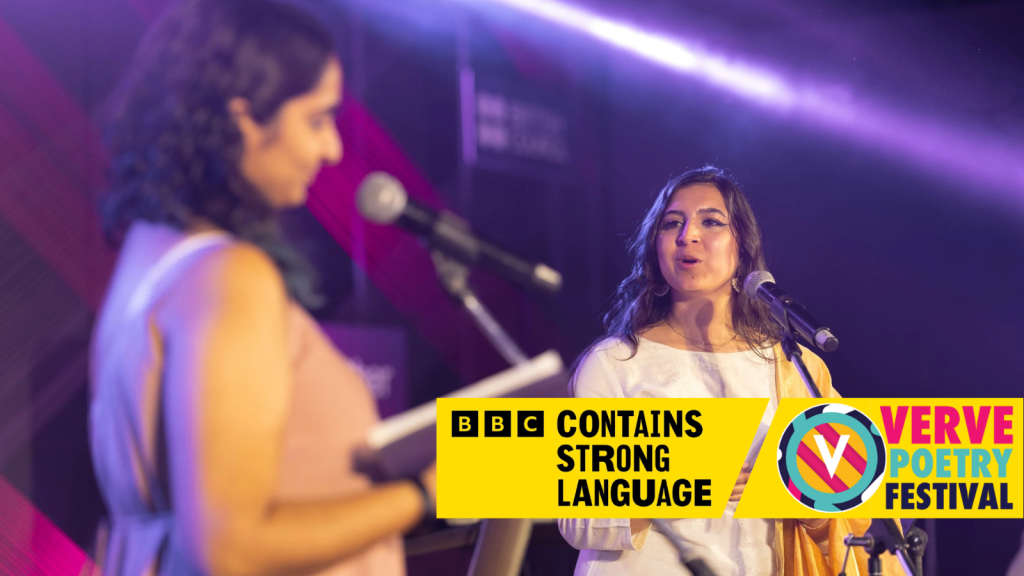 LANGUAGE IS A QUEER THING

Our Language is a Queer Thing project – funded by British Council and in partnership with The Queer Muslim Project (India) has paired three queer UK poets with three queer Indian poets in a project that explores their differing experiences and asks how language can be ‘queered’ to better reflect them.

Our team of poets and workshop leaders will launch their colourful pamphlet of new work in a showcase event on Saturday 10th September, which you can be a part of in person or online.

The exchange poets will also be performing a sample of their work at the PoliNations Mother Tree Stage on September 11th. Plus, Kostya Tsolakis, who helped facilitate the project, will be giving a workshop at the Hippodrome on the relationship between language and the queer experience. 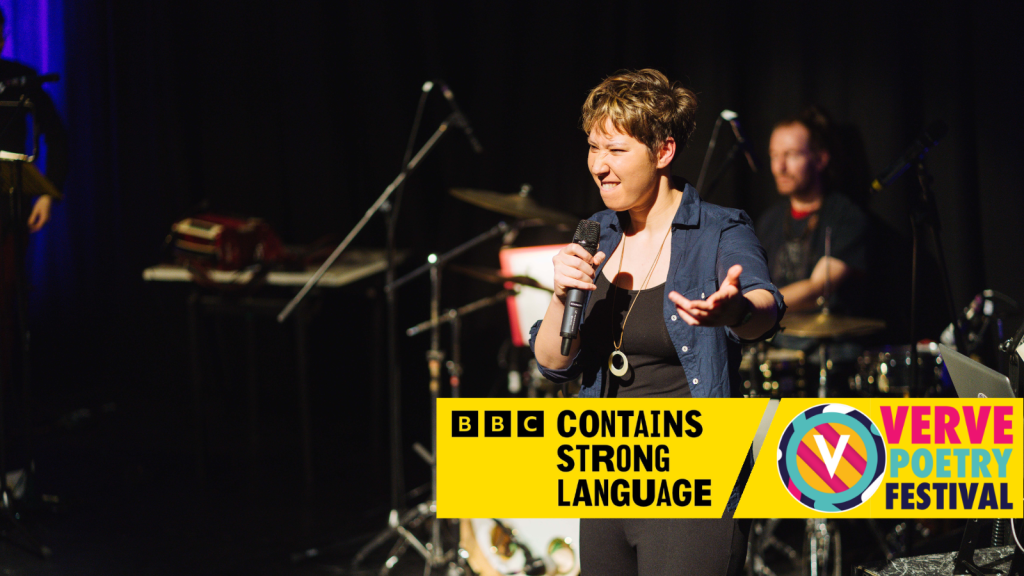 We’re proud to be championing local poets at events all throughout the festival including our launch event, featuring local legends Liz Berry, Luke Kennard, Romalyn Ante, Roy McFarlane and Nafeesa Hamid – all of whom will be featuring at events across the four days including The Verb, Free Thinking, The Essay, our closing event – and the Verve Poetry Press 5th Birthday Party, of course.

That’s not to mention Jasmine Gardosi bringing her whole show Dancing to Music You Hate to the PoliNations Stage – if you were at VERVE 2022, you know how birlliant it’s going to be, and if you weren’t… trust us. Birmingham has a wealth of poetic talent, why wouldn’t we celebrate it? 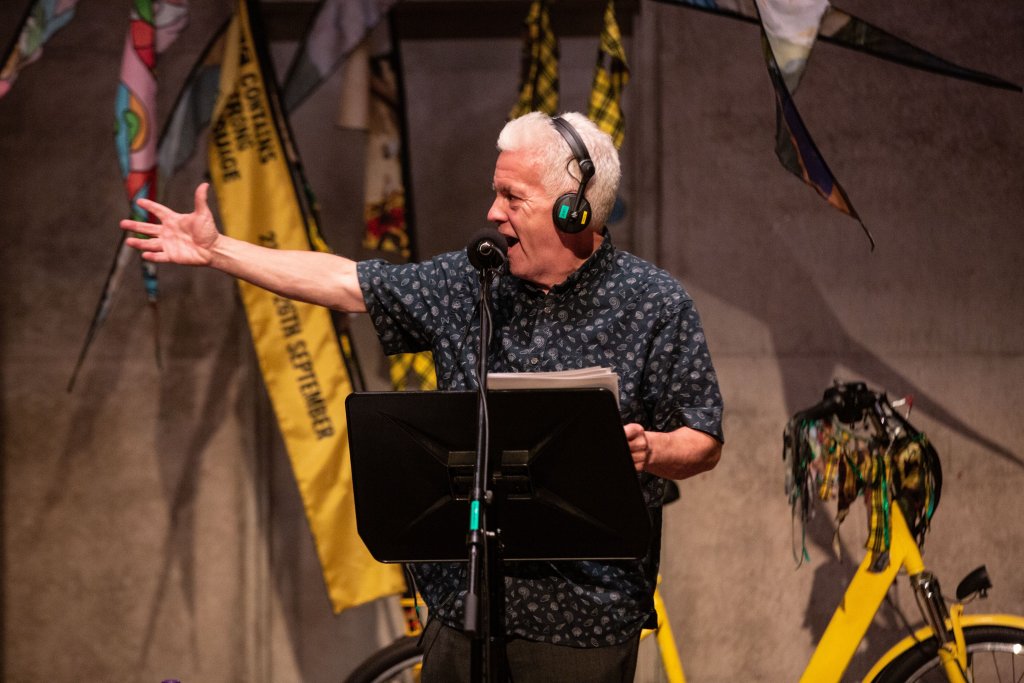 Of course, this is a collaboration with the BBC, meaning so many of our amazing Contains Strong Language events are going to be broadcast live and later over the BBC. We’ve got BBC Radio 3 recording The Essay, Free Thinking, The Verb, Radio 3 Breakfast and Words and Music at events throughout the festival, Radio 4 doing Start the Week, BBC 1Extra putting on three Words First Events PLUS live broadcasts of Front Row (Radio 4) and Cerys Matthews (BBC Radio 6 Music) and our special program Contains Strong Language Live (Radio 4).

We’re very excited to announce this lively celebration of two poetry giants. Fred D’Augiar and Linton Kwesi Johnson will be accompanied by all-female sound system Sisters In Dub in this must-see reading, hosted by our very own Roy Mcfarlane. We can’t wait!

Fred D'aguiar is a British-Guyanese poet, playwright and novelist. He is the author of eight poetry collections and five novels, including The Longest Memory which won both the David Higham Prize for Fiction and the Whitbread First Novel Award. His poetry book, Letters to America was a Poetry Book Society Choice. His numerous plays have been staged in the UK and broadcast on BBC radio. He has lived in the US since the 1990s and he is currently Professor of English at University of California Los Angeles.

Award-winning reggae poet Linton Kwesi Johnson was born in Jamaica and came to London in 1963. In the 1970s he was in the Black Panthers and worked at the Keskidee Centre, the first home of black theatre and art. Johnson’s first poetry collection, Voices of the Living and the Dead, came out in 1974. In 2002 he became only the second living poet and the first black poet to have his work included in Penguin’s Modern Classics. Johnson’s first album, Dread Beat An Blood, was released in 1978; he has since released 14 more. He is a Trustee of the George Padmore Institute and the 198 Gallery.

VERVE 2022 saw us run our first Digital Festival alongside our in-person events, and we’re just as committed to making our events at Contains Strong Language as accessible as possible.

Alongside our in-person workshops during the festival, we’re running a programme of Zoom alternatives in the week leading up to the festival. Join us over Zoom to enjoy workshops from Scarlett Ward Bennett, Saradha Soobrayen, Shivanee Ramlochan, Dzifa Benson, Romalyn Ante and Kostya Tsolakis – with a full 16 places available on each!

While many of the events at Contains Strong Language Festival will be broadcast on BBC Radio networks, we’re also streaming some events on our main stage, The Hippodrome’s Patrick Studio:

Tickets to All Online Events

It’s going to be an amazing festival and we’re so excited to be offering so much of it for free – have a look at the full line-up and, if you’re interested in helping us deliver Contains Strong Language, head over to our volunteer page, linked below. See you in September!